Today I’m sharing the photo albums I made for my lovely bridesmaids.  In addition to the typical thank you card, I wanted to thank my girls with a photo album filled with pictures from all of the wedding events (bridal shower, bachelorette, rehearsal dinner, and wedding.)  Here’s what I used for the albums:

-Four photo albums (I feel like I lucked out finding these at Walmart for $5 each!  They are sturdy and came in great solid colors- meaning they were ready for me to decorate.  I also liked the fact that they were meant for 4X6 pictures, but the album itself is larger and square.  They were just what I was looking for!)
-A package of silver gems (I found mine at Walmart in the craft aisle.  I don’t remember the exact price, but they were under $5.00.  Possibly $2.99)
-A package of scrapbook letters (I got the hot pink glittery ones that I used from Target’s scrap booking aisle for $.99!  They were perfect!)
-A hot glue gun 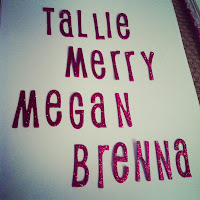 My plan for the albums was simple.  I knew I wanted each to have their name, and I knew I wanted each to be “bedazzled.”  When I was ready to make them, I started by sorting through the letters and spelling out each girl’s name.  I wanted to make sure I had enough letters before I did any gluing.  Once I saw that I wasn’t going to have to make a last minute dash to the store for more letters, I started with the first album.  I placed the letters evenly spaced below the picture slot on the album cover.  Then, I took out my gems and played around with their placement.  I arranged different sized gems in the left hand corner and liked the simplicity, but I still thought that something was missing.  Light bulb!  I quickly ran to my box of stuff used for the wedding and found leftover lace that we had used to wrap around mason jars.  I thought that it would be the perfect touch, since lace was such an important aspect of my wedding.  I wrapped lace around the right hand side of the cover, and knew I had finalized the album covers.  It was time to glue!

Here are the photo albums after decorating: 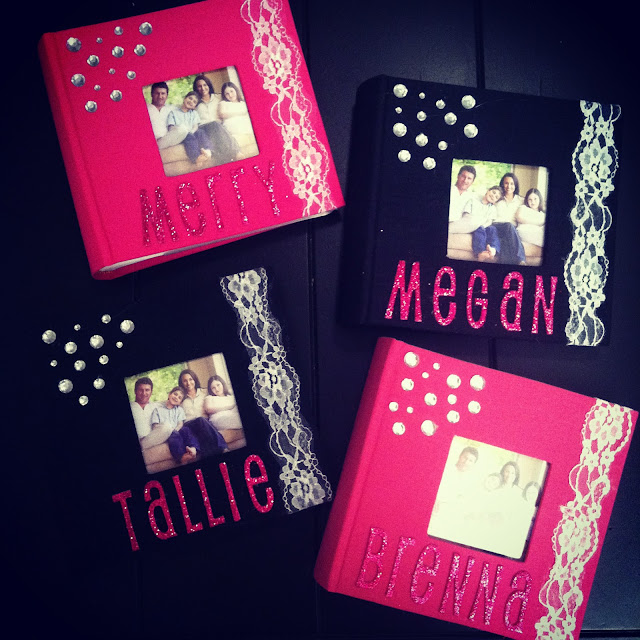 Note: I had not printed any pictures for the albums yet, hence the lame picture that comes with the albums.

Another great thing about these albums was they came with a blank page (like a cover page) right when you open them.  I used this page to write heartfelt thank yous to each of the girls.

After the albums were decorated, I went through all of my pictures and ordered the ones I wanted online through Costco’s website.  I really like their quality and prices, plus it’s convenient to order online and pick up at my local Costco. Here are a few pictures showing the albums after I had filled them with photos: 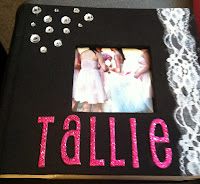 I really had fun with this DIY project, and I adore how they turned out.
Thanks for reading!

Hello and welcome! My name is Kayla, and I'm a blogger from the beautiful Pacific Northwest. Follow along on my journey of having less things and collecting more moments! Read more about me »